Human beings have a tendency to imitate others’ speech patterns, including inflections, talking speed and speaking time. If someone is talking quickly, we’ll speed up our pace. If they’re slowing down and seem to be casual in their speech, we’ll tend to be the same way.

Scientists have found that people that mimic the speech patterns of others can have the following effects on the people being imitated:

This is great knowledge that a CSR can tuck under their belt! Verbally mimicking the way a customer talks (using the same phrases, pace and inflections that they use) can actually help you to get more positive results!

The results of an experiment conducted by a university in France showed that 78.8% of customers bought products when they were mimicked. When customers were not mimicked, only 61.8% made purchases. In addition, they found that when mimicked, more customers were more complimentary towards the salesperson that assisted them.

Be careful though. You never want to seem as if you’re mocking a client. For example, if a customer has a distinct accent(southern), 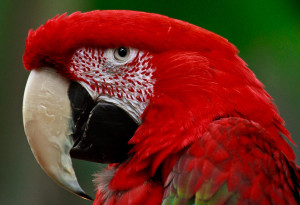 imitating that accent would probably just end up being embarrassing for you and could even anger the other person. Remember that whole ordeal with Madonna after she lived in the U.K. for awhile and came back with a British accent? I rest my case.

“Kind words can be short and easy to speak, but their echoes are truly endless.” — Mother Teresa